Promoted Trends: Why Twitter’s New Ad Format Should Scare You and How to Improve It

With any successful platform there will be companies that try to spend their way into public awareness.

Earlier this week Twitter began testing their new Promoted Trends ad platform; an extension of their Promoted Tweets platform. According to Twitter, “These Promoted Trends initially appear at the bottom of the Trending Topics list on Twitter and are clearly marked “Promoted.” As conversations about the topic increase, Promoted Trends may move up the list.”

In general terms, a social network begins as small scale project. Something a person or group has great passion toward. A service they see potential usage for within their daily life. Countless hours are spent developing, testing and finally launching this project. At some point the project expands and outside users become part of the equation. If the service works well, people will continue using it. Word of mouth will grow the social network further.

Coming from an industry that boasts a total consumer spend of over $28 Billion that really says a lot about the untapped potential of Twitter as a business model.

You begin to garner press and praise for something you built out of your dorm room or basement. Now you need to bring on employees to help maintain the service and, hopefully, continue to grow. You are offered a large sum of money to be bought out by a company that sees revenue potential in your network. You decline because this is your passion. You have a greater vision for what can be done now. More people sign up. More employees are needed. Costs sky rocket. You expand your service to include advertising. Now your company is faced with a decision. Profit or user satisfaction as top priority. Every company is faced with this after rapid growth beyond your original business model.

Phase One: Testing the waters

I first noticed this a few days ago as Disney/Pixar ‘sponsored’ a promoted trend for Toy Story 3. While this is infinitely better than the, now banned, “in-stream” advertising it marks the legitimate start of Twitter being viewed as a for-profit business model. This was not an overnight decision as it was relayed to us, their users, in advance so it didn’t come as a shock. Why? Shocking your customers, paying or not, is not a good instinctive trigger when it poses a long term negative mindset.

Unlike Twitter’s Promoted Tweets, which are wholly organic Tweets that trend based on discussion, Promoted Trends are purchased. Twitter states, “If a topic isn’t already being talked about on Twitter, it cannot be a Promoted Trend.” How can that be policed as an honest guideline for an ad platform? Technically, if one person posts a single topic it is being talked about already. Therefor, a company or person can then purchase an ad placing that topic on the Trending Topic section of every Twitter.com sidebar.

The benefit is that these ads are not in-stream and will not upset many users. For now.

This shows advertisers that money invested in this platform provides results.

A lot can be said for the power of Twitter without an ad platform. Researchers say Twitter’s Trending Tweets algorithm can predict movie profits. Coming from an industry that boasts a total consumer spend of over $28 Billion that really says a lot about the untapped potential of Twitter as a business model. 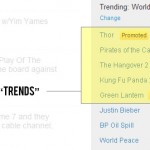 As more analytics are collected on this ad platform companies will increase ad spend toward Twitter’s Promoted Trends. And when you have the massive film industry testing the waters it is a safe bet you will see at least two or three of them at a time during peak movie season. Next year sees the release of Captain America, Thor and Green Lantern. Imagine how quickly those ads will canvas the Trending Topics. Two high-revenue based industries, movie and comic book, pushing for one common goal. Profit.

Now all of the Trending Topics have become Promoted Trends drawing more attention to the topics. Not only does this increase discussion on these topics it increases the public awareness of the product at hand. This shows advertisers that money invested in this platform provides results. What does that bring? More advertisers, larger budgets and black hat tactics to get listed on top.

It is important that Twitter finds a viable way to keep advertisers at bay while still collecting the necessary revenue to run the business and increase profit margins.

With any successful platform there will be companies that try to spend their way into public awareness. They will run “contests” to have their followers re-tweet product placement messages (think: I LOVE the new Mountain Dew flavor ——-) resulting in the advertisement leaping up the Trending Topics quickly. If every major company did this we would have no true Trending Topics. Only Promoted Trends.

Twitter can’t simply move Promoted Trends to a separate area because it will decrease the effectiveness of the ad. A large majority of the people will not look at a space dedicated to textual ads. With Twitter’s user base complaining about ads taking over trends they will be forced to make a decision. Profit or user satisfaction.

When someone else provides your customers with a better experience to your product do you think they will keep coming to Twitter.com.

It is important that Twitter finds a viable way to keep advertisers at bay while still collecting the necessary revenue to run the business and increase profit margins. With Twitter being almost entirely text based, the chance of them including traditional banner ads is unlikely. What people enjoy about Twitter is the ease of use. The simplicity. Once that is secondary to advertising the users will go elsewhere.

The best way to capitalize on user experience, user satisfaction and advertising interest is add to the service. Better guide the user to showcase their followers, who they are following, their lists, current stream, trending topics and advertising through a face lift of the website. A lot of the third party applications for Twitter offer a better user interface. When someone else provides your customers with a better experience to your product do you think they will keep coming to Twitter.com? Remember, Twitter.com is where you sold the advertising. If no one sees it then the companies won’t want to continue spending their money with you.

How Twitter can sell ads, increase revenue and make users happy by including them in the process

Now Twitter has expanded their advertising network by making each user an affiliate.

Why not take an idea from Ad.ly and allow the users to sign up and promote the products they actually enjoy. But instead of in-stream advertisements let them customize their landing pages with a sponsored background? Let them put a widget on their blog, Facebook profile or website that pulls in their latest tweets but also places the selected sponsor logo to it that says “Twitter Feed brought to you by SPONSOR”? Remember, you don’t need to use this feature and, if you do, all sponsors are selected by you. 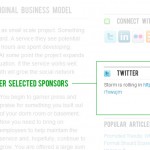 Now Twitter has expanded their advertising network by making each user an affiliate. They also converted existing, non Twitter, websites into advertising space for these sponsors. Users can receive Twitter Points to cash in at a  sponsor’s online store for products they already enjoy.

In true social networking fashion the network has now grown and improved because of its user base. User satisfaction and advertising revenue can coexist if done strategically. Make everyone feel like they have benefited from your decision, like playing a game of Monopoly, and it will go a long way. 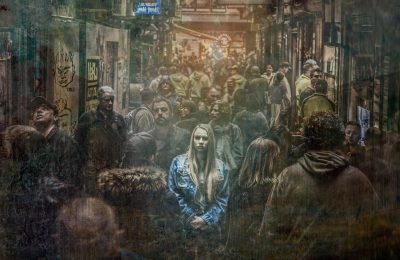 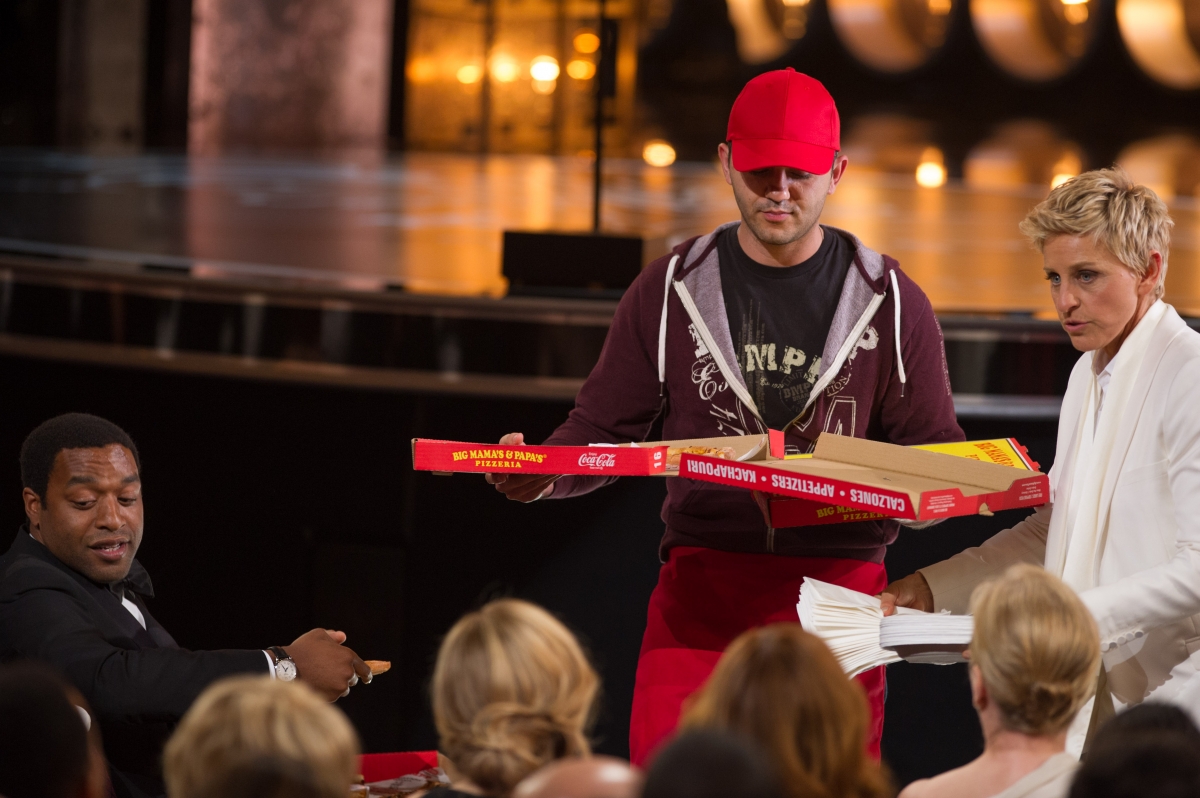