57% of shoppers trust customer reviews as a research source.

This combines the surging social media mindset of crowd sourcing to achieve goals. Many companies believe that since conversations are already taking place throughout the web they should be proactive in providing a home base for them. Jim Raffel is an advocate for this concept.

Earlier this month, Kmart began displaying customer reviews on store shelves. Their technique isn’t new. What defines their crowd sourcing as a success is in the execution through social media channels. On their blog they wrote “…we hope to bring the Kmart online and in-store gaming communities closer together, and connect casual and more hardcore gamers…if you write a qualifying video game review on MyKmart.com, there’s a chance your review could be featured on our store shelves!” Brilliant. Appealing to each of the three psychological triggers.

The 2010 Social Shopping Study found that 57% of shoppers trust customer reviews as a research source. Trust, one of the three triggers mentioned above, is degraded when the product does not have enough reviews to make an educated decision or does not contain “enough” negative reviews to seem realistic.  50% of shoppers do research online prior to a purchase. 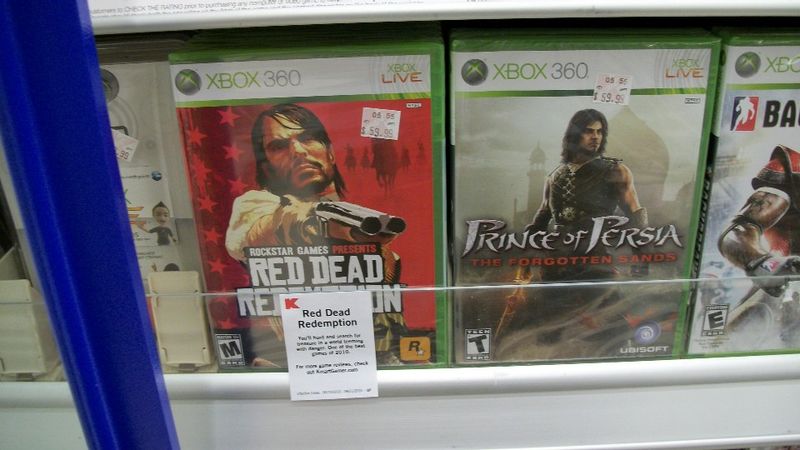 By Kmart taking the online research away from a monitor, or web enabled smart phone, one can imagine the level of impulse buys will increase. How many times have you stumbled onto a product in the store but wasn’t sure if it was good enough to purchase? What if it was rated 4.5 out of 5 stars and included an excerpt from an online customer review? If it’s within your price range chances are you will be more likely to take a chance. It’s an interesting marketing ploy when it comes down to the numbers and psychology involved.

Angie’s list is, according to their website, “where you’ll find thousands of unbiased reports and reviews about service companies in your area. Our members share their experiences with each other so that you can choose the service company that’s right for your job the first time around.”

This service has been around since 1995 and has built a business model based on the concept of crowd sourcing customer reviews. But instead of products, the reviews are for service providers. Based on this, while looking for a mechanic you would want to read reviews related to the quality of work provided right? The agency behind the recent advertising campaign for Angie’s list doesn’t seem to share your common sense and misleads you.

At some point his unrelated kindness will be expected of him.

The ad, seen above, recites a woman’s review of her long term plumber Joe. In the middle of his plumbing job the woman called to let him know she was running a little late. Unfortunately, she had a dog that needed to be let out as well. So, according to the woman’s review, Joe “sacrificed his time and dignity” to “parade” the dog up and down the sidewalk until her dog was done with her own “business”. And that is why Joe is the only plumber this woman will ever use.

I understand the kind gesture behind what Joe did for her. Some people may even want to hire him because of this. But when you have a long term client you will almost always go out of your way to help with small things such as this. It’s an unwritten and unspoken part of your working relationship. But advertising that long term customer benefit raises concerns. Customers today want everything. It’s all or nothing. If Joe is providing that service for someone down the road they want that as an option as well. Even if they haven’t been paying him for odd jobs for 6 years.

Common Sense: To be effective, the review needs to directly relate to the service or product.

Kmart did this well. They effectively announced a system via their blog that includes current customers. It plays into rewarding individuals for a few minutes of their time to write a review. This review, if positive,  will help sell more of that product. It’s more influential than traditional advertising. It’s social media advertising. Crowd sourcing your paying customers to help you increase revenue further and, in return, boost customer satisfaction.

Angie’s list didn’t convey a proper message about Joe and his abilities. He may be the nicest plumber in town but the likelihood he will go out of his way like this for a first time client is unlikely. It’s a perk reserved to long term business clients. But thanks to this national ad, his kindness will now be expected of him. By everyone.

Both exploit the nature of social media interaction. One focused on the community and rewarded them with the chance of inclusion on store shelves by writing proper reviews. The other focused on a review that assumes you understand Joe is a good plumber and then sells you on his thoughtfulness. The latter lost focus on the key point. Quality of the core needs.

When paying for a product or service I’m not too concerned about value added. I want core aspects of my needs to be met. These core aspects need to be reviewed and not assumed. Otherwise the customer review becomes useless.

UPDATE: Angie’s list contacted me stating “We’re working on new commercials now & will definitely pass your post on to our ad people. Thanks for a well-reasoned critique!“